THIS JOB DESCRIPTION DOES NOT ATTEMPT TO LIST ALL OF THE DUTIES THAT ARE OR MAY BE PERFORMED IN THIS POSITIONPrimary Duties1. Performs basic work using clearly prescribed procedures.2. Responds to customer requests for service including connections and disconnections as becomes operator qualified.3. Informs customer of needed repairs and answers basic questions. Ensures that customer understands and is satisfied with work completed.4. May disconnect service as necessary and perform collection efforts on 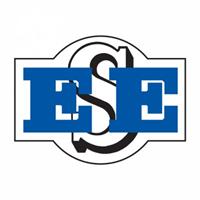 With full-time and part-time positions available throughout the southern US, competitive wages, commissions, and benefits, and a history of solid growth combined with our preference of promoting from inside the company, Elliott Electric Supply is one of the smartest career moves you can make. If you compare us to other electrical distributors, or even to wholesalers and retailers in general, you'll notice several key qualities that set Elliott Electric Supply apart. For instance, where most other

Are you known for your outgoing nature, great communication skills, and ability to be a solid team player? We’ve got a part-time leasing agent role that has your name all over it! This is a client-facing role where you’ll primarily interact with tenants to assist with moves, and leases, and answer any questions that come up. You’ll be a mediator between tenants and property managers. Your exceptional follow-through will keep things rolling and ensure that all parties are on the same page Agents must be